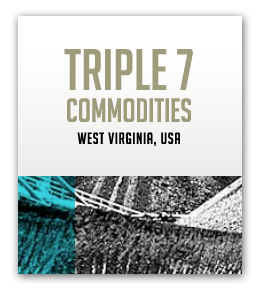 Triple 7 Commodities, Inc. (“Triple 7”) has acquired land and mineral rights to mine and recover premium quality metallurgical coal for sale to commercial and industrial consumers both in the U.S. and internationally. The Company’s coal extraction operations are located in McDowell County, West Virginia, a region known for geologically verified coal seams and premium- grade coals used for processing in the steel making industry. Unity has entered into a JV agreement for one of these properties, GME Mining & Reclamation. 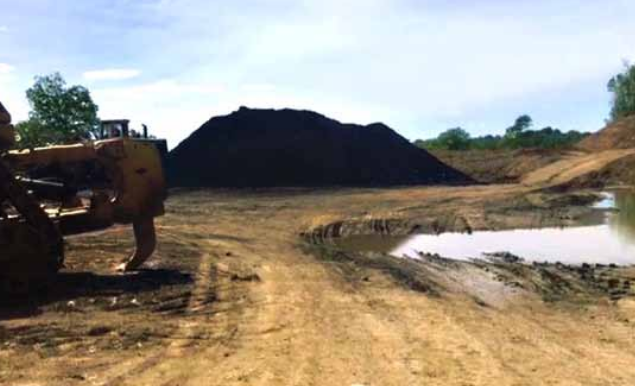 Triple 7 has executed an agreement to acquire GME Mining & Reclamation located in Beartown, West Virginia. The property contains the Red Ash seam with approximately 1.9 million tons of metallurgical coal. There was previously 4000 tons per month of permitted production capacity on the property and the company is now increasing the permit to 25,000 tons per month with a new mountaintop removal permit application. This is expected to become effective within 90 days of final submission of core samples.

In 2018 GME produced $1.8 million in gross revenue under the limited output permit it originally possessed. With the new permit allowing increased production up to 25,000 tons per month and a new offtake agreement in place, Triple 7 will increase the annual revenue to $34.8 million at full capacity.

The met coal being produced on the property is called “red ash” coal and is very sought after and used in making specialty metals. The company has a contractor in place called Lonesome Pine Development which us ready to begin mountaintop removal. The contractor is a seasoned operator with over 30 years of experience in mining coal which helps eliminate any execution risk and locks in the company’s profit margin for production.

With the simple addition of a D10 dozer and 4 dump trucks the company can begin removing up to 25,000 tons per month. The coal will be trucked less than 3 miles to a rail loadout facility and does not require any washing. Furthermore deu to the nature of mountain top removal, there is no reclamation needed which significantly reduces the overall production cost of this material. The total cost per ton is $70.32. The company has off-take agreements in place at $114 per ton increasing to $145 per ton once a minimum tonnage is reached. The net cash per month from the operation is $1.49 million at $145 per ton of which Unity has 50%. 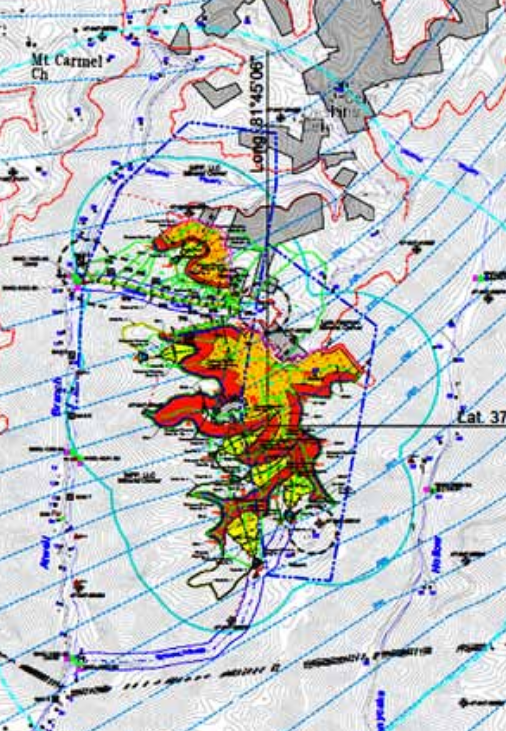 Triple 7 has acquired all mineral rights and mining permits to the Totten Ridge Surface Mine located in southeastern McDowell County, West Virginia just south of the town of Anawalt. It contains the Pocahontas No. 3 and No. 4 coal seams. Pocahontas No. 4 is economical to mine. The Pocahontas No. 3 coal bed has been surfaced, deep, and auger mined extensively over the entire property. Historically, the mining practices of the time did not remove coal resources from under areas having low overburden and irregular topographical shapes. An on-site exploratory program will be conducted to determine if in-place reserves remain.

The Company has contracted Lonesome Pine Development which can begin both highwall and contour mining on the Pocahontas No. 4 coal Seam. Reserve estimates prepared by Project Solutions, LLC indicate a net clean coal reserve of 796,920 tons (non NI 43-101 compliant) with production expected to reach 20,000 tons per month of net clean metallurgical coal within 3 months. Production can commence in less than 30 days once tree removal and rock debris has been cleared allowing access to the seam. Off take agreements are in place at $92 per ton increasing to $145 per ton once minimum tonnage reached. This represents net cash of $1.05 mil per month at $145/ton.

Highwall mining utilizes a coal cutting system that is similar to a continuous miner head. The miner head is attached to cars or beams and pushed into the coal underneath the highwall. The cutting system then shears the coal and it is then transported back to the mine bench by the cars or beams. The coal is then loaded into a truck and transported to a preparation plant or loadout site. The spacing between entrance holes of the highwall miner is dictated by the Mine Safety and Health Administration (MSHA) approved ground control plan. The industry recognized recovery factor for highwall mining is 50% of the in-place reserves to be mined. Contour mining allows for the extraction of coal where it is not feasible to extract the entire seam using the highwall method. Contour mining allows for the partial removal of the coal seam at the elevation of the coal seam.

West Virginia is the nations second largest coal producing state with recoverable coal reserves estimated at more than 51 billion tons in 2016. There were over 280 coal companies and 456 mines producing more than 99 million tons of coal a year. McDowell County was ranked as the 6th largest surface mine producer and 13th largest underground mine producer having produced a combined 2.69 million tons in 2015. It has 84 operating mines and an estimated 1.6 billion of recoverable coal reserves. West Virginia coal is used extensively by domestic utility companies to produce electricity. Electric power utilities are the largest coal consumers in the nation, with two-thirds of all coal production being used by utilities or smaller industrial installations to generate electricity and steam.

Through the installation of complex pollution control equipment, coal-fired electricity is increasingly clean, with emissions from coal-fired power plants dropping over 90% in the last 20 years. Coal-fired generation provides steady “baseload” power that is inexpensive and reliable. In 2016 the Department of Energy issued a report stating that it is vital for the U.S. to preserve its coal fleet for the sake of the stability and reliability of the electric grid.

The steel industry is the second largest coal user in the U.S. About 80 million tons of coal are used each year to make coke, an essential element in the steel-making process. About two-thirds of a ton of coal is needed to produce a ton of steel. West Virginia has some of the best metallurgical coal found anywhere in the world, and it constitutes about 40% of West Virginia’s annual production.

Strengths The best performing metal this week was palladium, up 2.04 percent as hedge funds increased their net-long position in the futures market to a five-week high. Gold traders and analysts are mostly bullish going into next week in the Bloomberg survey amid mixed signals over progress in the U.S.- [...]

Markets Bet That Gold Could Triple to $4,000

This presentation is pro-forma, subject to change, and strictly for those that qualify as ACCREDITED or SOPHISTCATED INVESTOR (s) as defined under the Financial Services Authority and to whom it is directly addressed and delivered to from Unity Goldmines, Inc.This presentation is for discussion purposes only and is not an offer to buy or sell securities.